The “Said and Hasiba Freiha and Sons Foundation for Humanitarian Services” began its actual work in 1973 in virtue of notification and declaration number 284 dated 16th October 1973, in a period of relative stability and calmness. The main goal of the foundation was to encourage talents in the journalism field, and to assist the workers within that field in bearing the burdens of living, prompting to focus on the intellectual and artistic activities, especially in the scope of construction of the profession. Because Said Freiha was born and raised poor, he turned his attention to extend a helping hand to the people of the profession meaning the press and the media sectors, and in particular, the talented people in that field. The foundation grew taking upon itself the humanitarian aspect at the behest of the late founder Said Freiha, whose obsession was far from the desire to enter history from wide doors- his writings and his record filled with patriotic stances are more than enough to register him with the immortals- but spawned from his innate need for charity.
Said Freiha made sure in the beginning of his life he gave the workers in “Dar Assayad” the welfare needed by every person.
With the continuous entrenchment of “Dar Assayad” and the expansion of its activities, Said Freiha and his sons felt the need to expand the range of charity to encompass workers in the printing industry and the press who were not amongst DAS staff. The goals of the institution could be summarized upon its foundation by the following:
– Providing financial assistance for medical, surgical or hospitalization for workers in the fields of journalism and distribution while offering aid for people with disabilities.
– Giving grants to specialize in journalism for high achievers amongst the progeny of journalists preferably.
– Providing financial assistance to the progeny of workers in the fields of distribution of newspapers and publications.
– Offering grants or annual awards for the most important achievement or research or scientific study issued during the year in various fields: the novel, short story, theater, poetry, translation or scientific research… 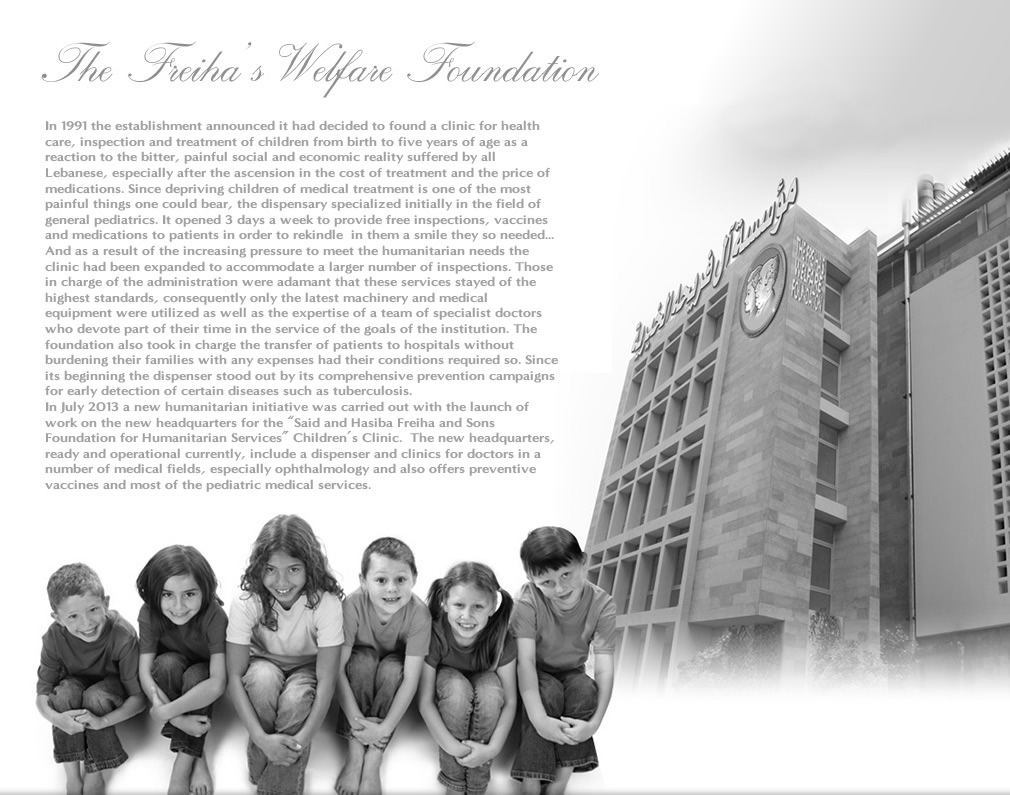