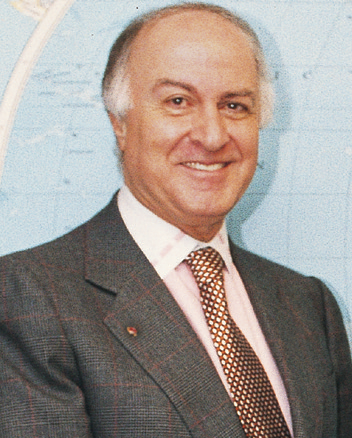 Bassam Freiha took over in 1962 the running of DAR ASSAYAD from his father as President / Managing Director and embarked on a program of expansion and growth within the company. In 2000 he became CEO of the corporation. Bassam Freiha is highly described as an innovative CEO, a good team man and absolutely dedicated to the international promotion of his native country, Lebanon and to DAR ASSAYAD. He takes the initiative to be in constant touch with his key staff, business associates and social acquaintances. The success of DAR ASSAYAD is fostered by continuous adaptation of modern technology in production and constant staff training programs internally and abroad.

Bassam Freiha is credited for being the forerunner in introducing at an early stage (mid seventies) the first specialized publications in the Middle East (Al Computer and Al Fares men’s monthly). His foresight was shaped by his ability to see the roots of the Emerging knowledge evasive societies as a result of IT and communications revolution.

During the civil war when many publishers were pulling out of Lebanon and many publications winding up, Bassam Freiha stood firm and continued to launch new, successful titles, ably supported by his Loyal team. In addition to his business activities, Bassam Freiha fulfils a diplomatic role and pursues his greatest ambition, which is to bring peace to Lebanon and to bring about a just and lasting solution to the Middle East crises. He has been a special envoy to all Lebanese presidents since 1978, with full Cabinet status. As such, he travels widel, meeting heads of states and political leaders throughout the world.